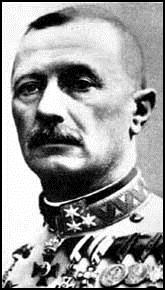 Archduke Ferdinand need not have been killed. Warnings about the perilous nature of his safety abounded. Despite this, the Governor of Bosnia, the Austrian General Potiorek, was determined that the visit would go ahead. Desperate pleas from the Chief of Police, who believed that the Archduke was in grave danger, were ignored. The very date of the visit, 28 June was particularly provocative. It was St Vitus Day, historically and emotionally significant to the Serbs, the anniversary of the Battle of Kosovo Poyle, (1389) the victory that unified the Serbian nation against the Turkish invader.

That alone should have been a warning. The Police chief’s fears were dismissed by the Governor and he was ridiculed by Sarajevo’s military committee when he requested a cordon of soldiers to line the streets as a precaution. He pleaded with them not to publish the route of the Archduke’s cavalcade through the city, but to no avail. Newspapers carried detailed notices of times and places to view the Archduke’s processional visit. [1] A request that additional police officers be brought in from the country was rejected because it would cost too much. Security measures were left in the hands of providence. 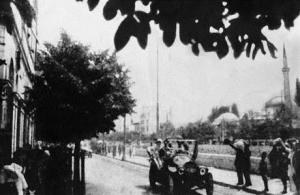 , and there were seven in the Young Bosnian team, stood at intervals along the avenue called Appel Quay – or the avenue of Assassins as the Archbishop of Sarajevo would later dub it – and mingled freely with the crowds for an hour and a half before the Archduke’s arrival. Though Bosnia could boast a first-class political intelligence, no-one, no police officer, no undercover police agent, no vigilant citizen questioned them. [2]

The events of what might safely be deemed the world’s most devastating assassination have been well documented. A botched bomb-throwing left the Archduke shaken and stirred, but physically unmarked. Officials in the following car were not so lucky. His cavalcade stopped briefly before continuing to the Town Hall. Strained speeches made pretence that all was well. Despite the shameful outrage, troops were not called in from the barracks, nor additional police summoned for protection. Franz Ferdinand demanded to go to the hospital to see for himself how one of the governor’s assistants, wounded by the bomb-blast, was faring. [3] Incredibly, the cavalcade returned along the same ‘Avenue of Assassins’, from where the first bomb had been thrown, but turned into the wrong street. Potiorek ordered the driver to stop and reverse. In doing so, he placed the Archduke directly in front of young Princip who promptly shot both him and his unfortunate wife, Sophie. The police arrested Princip on the spot before he could use his cyanide.

The assassination succeeded, despite the amateurism of the conspirators, because the victim was more or less served up on a plate.  Governor Potiorek’s behaviour was astonishing. The car was on its way to the hospital (Franz Ferdinand had insisted on going there to see an assistant wounded in the bomb throwing) but Potiorek, with the  Archduke and  his wife now both badly wounded, ordered the driver to proceed to the Governor’s residence instead. Confused? We should be. Had Potiorek acted in shock, or did he know it was already too late? It was suggested at the time that Austria had set up the assassination deliberately in order to provoke a war. In 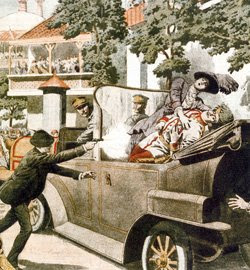 the bitter rage of accusation and counter-claim that followed after 1914, all sides made allegations against each other. In the 1920s, and over the decades since, much evidence has come to light from documents that had been ‘lost’ or removed ‘unofficially’. There is now a huge body of diplomatic evidence that links Russia and Serbia to the assassination, [4] but none that supports the suggestion that the low-security visit of Archduke Ferdinand to Sarajevo was in some way organised with the intention of exposing him to the risk of assassination. Had the great crime gone to plan, all of the Young Bosnians should have committed suicide. They were expendable. Dead Bosnians tell no tales. The links in the chain of responsibility would have been broken. That was supposedly why the assassins had been supplied with the cyanide phials. The headline they sought was of a noble death-pact assassination which would leave the authorities completely bewildered, and the coffee-houses of Europe abuzz with revolutionary admiration. Cabrinovic, who threw the first bomb, immediately took the cyanide pill and leapt fifteen feet into the shallow River Miljacka. Police officers hauled him out of the mud-flat, vomiting uncontrollably. Arrested immediately after the shooting, Princip had no opportunity to swallow the cyanide.

The cyanide failed to be effective for any of the Young Bosnians. There was to be no self-directed mass martyrdom.  But what if the vials had been deliberately formulated with a dose of cyanide that was insufficient to kill?   In his book, Lord Milner’s Second War, John Cafferky poses the pertinent question; did Apis and the Serbian government want them taken alive so that they could be questioned by the authorities and the link with Serbia proved?  The whole point of the exercise, after all, was to provoke Austria into a war with Serbia.  [5] 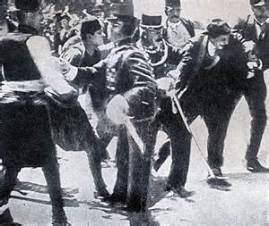 With suspicious simplicity, the Austro-Hungarian authorities arrested and prosecuted all but one of the Sarajevo assassins, together with the agents and peasants who assisted them on their way. How they managed to track all of the alleged conspirators so quickly begs the question about how much they knew in advance. The major charge against the Young Bosnians was conspiracy to commit high treason which carried a maximum sentence of death. Within a few days of the assassination, the Austrians had set up a judicial investigation. They were convinced that the Young Bosnians had been equipped from Belgrade and that the plot had originated from there. What the Austrians wanted to know was the extent to which the Serbian government was directly involved. [6] The Austro-Hungarian Foreign Ministry sent its top legal counsellor, Dr von Wiesner, to Sarajevo to investigate the crime.