In a spirit of reconciliation and humility there is great cause for the Church of England to reflect on its behaviour during the war, and apologise. Not since Jesus was betrayed in Gethsemane has Christianity been so wilfully sold out.

If the Church of England was ‘the Conservative Party at prayer’, [1] the most senior prelates and professors of divinity who headed that Church represented the Secret Elite in conclave. Promoted and championed by inner-circle power brokers like the Earl of Roseberry, the men who in August 1914 hailed the ‘Holy and Righteous War’ [2] owed their allegiance to God, All Souls, Oxford and the Secret Elite, though not necessarily in that order. They saw their role as teachers and leaders, to state the given causes for the war, to explain the meaning of the war, to maintain morale on the home front and to remind the public that the primary obligation of young men was to enlist. [3] In other words, it was Germany’s fault, Britain had to save civilisation, the war had to be seen through no matter the sacrifice and it was every man’s duty to serve.

Before examining the role of the Church of England from 1914 onwards, we should understand that its political power rested both with a select section of the chosen hierarchy and with the Prime Minister and senior members of the House of Lords who appointed them. The C. of E. was represented in the House of Lords by the two archbishops, York and Canterbury, the bishops of London, Durham, and Winchester, and 21 diocesan bishops in order of seniority.  It was a system steeped in English history, a by-product of Henry Tudor’s reformation. The real control of the Church had once rested with the Crown but had been slowly transferred to Parliament between the fifteenth and seventeenth century. The Prime Minister appointed bishops, though they had to be approved by a ‘cathedral chapter’ or council of high church officials, [4] a strange anachronism given that a Presbyterian such as Campbell-Bannerman, or the Welsh non-conformist, Lloyd George, could be involved in the process of election.

The Church of England was the religious preserve of the middle and upper classes, with its ministry drawn from university graduates, traditionally from Cambridge and Oxford. [5] In the very class-conscious world of pre-war Britain, it aimed to place an educated gentleman in every parish church across the kingdom [6] which aligned well with John Ruskin’s philosophy of a ruling class oligarchy, but alienated many working class Christians. Indeed, the vast majority of Anglican churchmen were openly hostile to Trades Union and labour movements and they feared the social unrest which was assumed to accompany them.

On the eve of what might have been the first general strike in England, William Randolph Inge, the Dean of St. Paul’s, summed up the alarm felt by his associates when he ‘denounced the unions as criminal combinations whose leaders deserved to be executed as rebels against society.’ [7] This was the same Dean Inge who profited from the war while extolling it as God’s work. His lucrative shareholding in Vickers Ltd was not unusual. A roll-call of Bishops who invested in the armaments firms like Vickers Ltd., Armstrong-Whitworth Ltd. or John Brown and Co., included the bishops of Adelaide, Chester, Hexham, Newcastle and Newport. [8]

There can be no question about the Secret Elite pedigree of the most important Anglican clerics in August 1914. [9] Cosmo Gordon Lang was recruited from All Souls by Lord Roseberry, and enjoyed a meteoric rise through the ranks of the church. His parish work in Leeds was followed by a quick promotion to Dean of Divinity at Magdalen College in Oxford. Cosmo Lang became the suffragan (assistant) Bishop of Stepney from which comparatively lowly post he shot to the Archbishopric of York in 1908.

At the invitation of prime minister Herbert Asquith, it took Lang a mere 18 years to rise to the second most esteemed office in the Anglican Church. He decreed that the war was ‘righteous’ [10] and was supported in this by all of his fellow Bishops.  Another influential cleric, the Dean of Durham, Henley Henson was similarly an All Souls man. His War Times Sermons, published in 1915, extolled the allied cause and by 1918 he was controversially installed as the Bishop of Durham and therefore became a Member of the House of Lords. The interlocking association between the Church of England hierarchy and the Secret Elite was again demonstrated in the elevation of the Editor of the Church Quarterly Review, Arthur Cayley Headlam, a fellow of All Souls for around forty years, to the professorship of Divinity at Oxford. He was later to be appointed Bishop of Gloucester. Headlam’s brother was deeply involved with Viscount Alfred Milner and took charge of the Department of Information during the war. The links go ever on. A.L. Smith, inner core member of Secret Elite, produced a number of pamphlets including The Christian Attitude to War.  It basically encouraged Christians, like himself, to put aside the teachings of the New Testament and the Prince of Peace, and give their all to the war effort 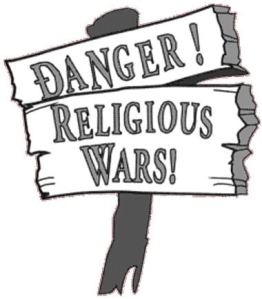 When war was declared the Oxford Dons amassed an extensive 87 pamphlet assault on every aspect of learned justification to ‘prove’ German guilt. This was met by a heartfelt cry from German theologians to American newspapers that a systematic network of lies emanated from Britain to blame Germany for the war to the extent that they denied the right of Germans to invoke the assistance of God. Ah, there we have it; God was an Englishman. The pamphlet, To Christian Scholars of Europe and America; A Reply from Oxford to German Address to Evangelical Christians by Oxford Theologians published on 9 September 1914, was a perfect example of the extent of Secret Elite influence. They immediately enlisted 14 theologians at Oxford, including five professors of divinity, to write the above named pamphlet dismissing the claims from German theologians as nonsense. The Oxford ‘Divines’ condescendingly admonished the Germans for failing to study the events that led up to the war and concluded, ‘Will not the Christian scholars of other lands share our conviction that the contest in which our country has engaged is a contest on behalf of the supreme interests of Christian civilization.’ [11] Consider the arrogance and self-glorification of this argument. Oxford could pronounce that Germany had no right to ask God’s blessing on their war, had failed to study the true causes of the war or the political ‘utterances’ of their own countrymen, while Britain and the Empire were fighting for the ‘supreme interests of Christian civilisation’. The supreme interests for which British soldiers were sacrificed were those of the bankers, financiers, armaments producers, politicians and charlatans who comprised the Secret Elite. 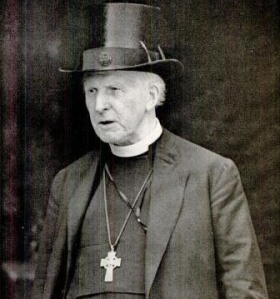 A commonly repeated theme among Anglican leaders was exemplified in a sermon given by Cosmo Lang in October 1914. Archbishop Lang alluded to the German philosopher Nietzsche and the common British interpretation of his writings to conclude that ‘might makes right.’ He insisted ‘there could be no peace until this German spirit had been crushed” and thus paradoxically appealed to ‘friends of peace… to be supporters of our war’. [12] Note the language. German spirit had to be crushed; not beaten, crushed. It is interesting to note that those who took a stance against the war were few in number and drawn from ‘an important cluster of socialists, Liberals [and] philosophical pacifists,’ while there was virtually a total lack of resistance to the war by any vicar of the Church of England. [13] Indeed not. Time and again church leaders denied the very basis of Christian teaching, discarded the tenet of man’s conscience and denied that objection to the war was an acceptable stance for any Christian. They followed the Bishop of Oxford’s blunt message: ‘I do not hold the views of those who are seeking exemption to military service on the grounds of conscientious objection to war under any circumstances.’ [14] Amen.