The first problem which the Secret Elite and their agents faced in bringing Kitchener into the Cabinet in August 1914 was that he was a serving soldier, not a politician. He did not take orders; he gave them. His appointment lent credence to the view that with his presence inside the Cabinet, Kitchener guaranteed the Liberal government ‘an aura of professional military competence which earned [them] widespread public approval.’ [1] The people in the streets and factories were delighted at his appointment. However, if any insider assumed that he would embrace the collective responsibility of cabinet membership, they were to be sorely tested. [2]

The second problem stemmed from Kitchener’s comparative lack of association with the military hierarchy which had been groomed at Camberley. [3] His world had been centred on the Empire. He was more at home as proconsul in Egypt or Commander-in-Chief in South Africa during the later stages of the Boer War, and again in India, [4] than in the confines of the War Office and the Cabinet Office. While Kitchener was hailed throughout Britain as a decisive and iconic figure, he had a more limited impact on his own staff. [5] Despite all of the careful preplanning carried out by the Committee of Imperial Defence and so clearly explained to Churchill, Lloyd George, Grey, Haldane and Asquith in 1911 [6] by Henry Wilson (at that point a General), the newly formed War Council [7] began to reconsider options. To Wilson’s horror they started to quibble over the number of divisions from the British Expeditionary Force which should be sent to France. He had assumed that the whole force would be sent immediately on mobilisation. That was what had been secretly agreed with the French army. The implications of failing to do so appalled him and he complained bitterly to senior military commanders, and prominent individuals like Leo Amery and Lord Alfred Milner, [8] both of whom were inner circle members of the Secret Elite.

If Kitchener required a quick lesson on how difficult rule by committee can be when strong-minded individuals feel the need to express contrary or optional views, this was a baptism of fire. The War Council could not decide where the BEF should be headquartered or how many division should be sent to France. Sir John French favoured switching headquarters to Antwerp rather than Maubeuge, as had been planned and agreed with the French army. Kitchener preferred Amiens, but wanted to have further intelligence from the French before settling the question. The meeting should have been held in Bedlam. Some War Council members thought that Liege was in Holland, not Belgium. In Henry Wilson’s view, they discussed strategy like idiots. It was, he rasped, ‘an historic meeting of men mostly entirely ignorant of their subject’. [9] And he included Kitchener in that wild generalisation. 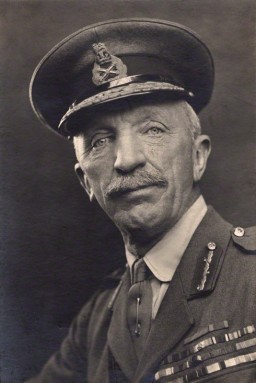 Every day of indecision was a day irrevocably lost to the advancing Germans. On 5 August a further War Council meeting took place at 10 Downing Street. [10] Kitchener had decided that two divisions from the BEF should be withheld to protect the east coast of Britain from German attack and Asquith approved the action. According to Henry Wilson, when the prime minister backed Kitchener in withholding two divisions, he was more concerned about internal disorder than invasion, fearing that ‘the domestic situation might be grave’. [11] He still had one eye on Ulster and knew that there was a sizeable opposition to war amongst some members of the Labour and Trades Union movement. Whatever the reason, Kitchener approved the sending of only four divisions [12], and eventually, after bitter argument on 12 August, agreed that the BEF Headquarters be established at Maubeuge. Later, historians claimed that Kitchener’s final decision was indeed fortunate. Had all six divisions been thrown at the German army in Belgium, losses would probably have been far worse and the whole British army destroyed. [13]

The personal relationship between Lord Kitchener and Brigadier-General Henry Wilson soured markedly when the Secretary of State for War discovered that Wilson had met with the French intermediary, General Huguet, informed him of current British thinking and allowed him to return to France without meeting Kitchener on 7 August. Wilson’s diary records a most acrimonious meeting at which he spoke his mind to Kitchener, insisting that he would not be bullied ‘especially when he [Kitchener] talks such nonsense as he did today.’ We have only his word on such insubordination. In Wilson’s eyes, Kitchener had ruined the carefully designed plans which had been agreed with the French army by diluting the BEF’s strength in France. [14] Consequently, relations between Wilson and Kitchener remained toxic for the first eight months of the war.

Wilson continually undermined Kitchener’s vulnerable position, isolated as he was in the War Office, criticising his ‘colossal ignorance and conceit.’ [15] The Imperial General Staff had decamped to France with Sir John French in overall command, Sir Archibald Murray as Chief of General Staff, Sir William Robertson as Quartermaster and Wilson himself, ‘reduced’, as he saw it, to Brigadier General of Operations. [16] After a personal protest, Wilson’s position was redefined as ‘Sub-Chief.’ [17] Such vainglorious emphasis on titles rather than substance revealed the near ubiquitous pettiness and conceit among the outdated, outmoded and, soon to be very evident, incompetent military hierarchy of the Roberts Academy. Kitchener was thus left isolated in London where a substantial power vacuum developed between the war planners (the General Staff in France) and the policy makers, essentially the Cabinet advised by Kitchener. 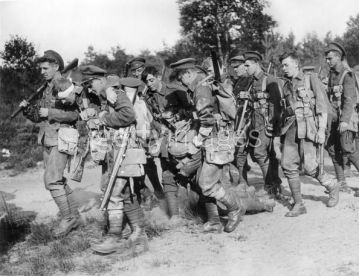 General Sir Henry Wilson had much deeper and more extensive roots within the Secret Elite than Kitchener could ever have appreciated and regularly sent private letters of complaint about the conduct of the war to his mentor and Secret Elite leader, Lord Alfred Milner. Within a week of crossing to France, Wilson condemned the ‘cowardly ignorance’ of his superiors in London – meaning Asquith and Kitchener. He blamed the retreat from Mons on the ‘initial blunder’ (that would be Kitchener’s blunder, approved by the prime minister) of depleting the BEF’s original strength by keeping two divisions in Britain. [18] Blaming others was a tactic repeatedly employed by Henry Wilson. Any military failure was always someone else’s fault.

Despite the criticism of disloyal colleagues, both in the military and the Cabinet, Kitchener had a far greater grasp of the prerequisites for warfare and the appropriate application of sound strategy than most around him. What did not help was his overbearing and dismissive manner. [19] He alone amongst the military hierarchy recognised that Britain had to be committed to a prolonged war.

Historians have glibly accepted the idea that Herbert Kitchener first began to consider the impact of war in Europe in the short days of August immediately before his appointment as Secretary of State for War. What nonsense. While in Japan on his world tour in 1909, Kitchener was joined by his old friend Henry Rawlinson who had served on his staff in Sudan and South Africa. He was informed of the secret arrangements for combined action between the British and French in the event of war with Germany. Kitchener did not like the arrangement because it meant being tacked-on to the French, which ‘might not suit’. [20] After a joint military and naval conference in Malta in 1912, he and Churchill ‘used to talk over Imperial Defence topics when from time to time we met.’ [21] Kitchener also discussed Germany’s likely strategy in Belgium with Winston Churchill on 28 July. [22] To suggest that he was ignorant of the imminence of war in August 1914 is completely at odds with the evidence.

While the German plans for defence, should they be attacked from east and west simultaneously, the Schleiffen Plan, was widely known throughout Europe, Schleiffen’s original designs had been refined over the previous decade. The advance of the whole first army through Belgium had not been envisaged by Wilson and his entourage. This concerned Kitchener. He correctly concluded that the German plan of attack was to sweep around Belgium north of the River Meuse – which was why he had deep reservations about placing the BEF headquarters at Maubeuge. For all the years of detailed preparations which Sir Henry Wilson had spent laboriously mapping and planning along the Belgian – French border, he had never considered that his small force would face the full might of Von Kluck’s 1st German army, nor spend the next three weeks in retreat, struggling to keep in touch with the disheartened French.

Indeed as a soldier experienced in several wars, Kitchener’s grasp of the immediate situation before him was far more circumspect than that of anyone at GHQ in France. [23] He was under no illusion that the Expeditionary Force was completely inadequate to the task of taking on the vast resources and overwhelming manpower of the German and Austrian forces. He saw that the small British force had little value as an independent unit and consequently it became an auxiliary wing of the retreating French army. 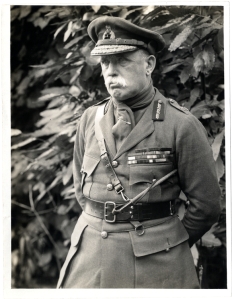 Kitchener’s fears proved justified. Sir John French, a commander whose enthusiasms plummeted between unbound optimism and deep despair, had to be commanded not to retire to Le Havre with the remnants of the BEF. Perturbed by his commander in the field’s intention to withdraw, Kitchener was immediately sent by a small coterie of the Cabinet, including Asquith, Winston Churchill and Lloyd George ‘to unravel the situation and if necessary, put the fear of God into them all.’ [24] With his mind already poisoned by the bitter Wilson, Sir John French took Kitchener’s presence as a personal insult. He was even more upset when Kitchener appeared in the uniform of Field Marshall. Jealous of Kitchener’s superior rank, political authority, linguistic skills (his fluency in French gave him an advantage in discussion with the French high command,) [25] Sir John French resented the Secretary of State for War with a vengeance.

All of which begs the question – why did the Secret Elite pursue his appointment as Secretary of State for War with such insistence? What did Kitchener possess which made him integral to the pursuit of a very long war?