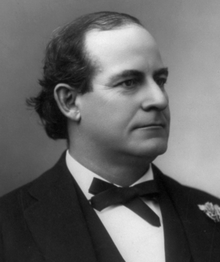 One of the great myths of the First World War is that the United States was not directly involved until April 1917, at which point a coalition of circumstances demanded her formal involvement. Such a convenient interpretation has covered the lie of American neutrality virtually from the day that war was declared by Britain. If neutrality included the vast production of munitions for one side, the enormous loans and credits provided for that same side, the active propaganda which was pumped out, if not exclusively for one side, certainly heavily weighted towards that one side, the provision of vital food supplies and every avenue through which the Allies were aided in their war, then you might argue that America remained neutral. It remains an intrinsically false argument.

Yet the United States was not formally at war with Germany and Austria-Hungary for one overwhelming reason. The people did not want to be dragged into someone else’s conflict. There was no political consensus in favour of war. An active group of upper and upper-middle class businessmen advocated military preparedness but many public figures hated the prospect. Of these, President Wilson’s first Secretary of State, William Jennings Bryan, was the most outspoken and he had the honesty to resign as Wilson increasingly came under the influence of his minders, Edward Mandell House, and the Wall Street money-power. They supported Robert Lansing as Secretary Bryan’s replacement. A more outspoken opposition to American involvement came from German and Irish communities, but the bottom line was clear. The American people did not want to see American troops sacrificed in Europe. This was not their war.

How and why was America suckered into the conflict despite the overwhelming popular view against, demands examination. The first question to be asked focusses on the President himself.

Woodrow Wilson’s first term in office from 1912-1916, was predicated on an election victory subscribed to and underwritten by the ‘money-power’ in New York. [1] He campaigned under the banner of ‘New Freedom’ and opposition to big business and monopoly power, [2] yet like many presidents, before and after, his actions turned his promises to lies. However the daunting task of defeating the incumbent Republican President William Taft, who had steadfastly attacked the powerful business combinations in the United States, seemed beyond any realistic expectation.

Taft was popular. The Supreme Court’s legal actions against Standard Oil and the American Tobacco Company were decided in favour of his government. [3] In October 1911, Taft’s Justice Department brought a suit against U.S. Steel and demanded that over a hundred of its subsidiaries be granted corporate independence. They named and shamed prominent executives and financiers as defendants. Big business was thoroughly shaken. William Taft earned many powerful enemies. Clear favourite to win a second term in office in 1912, Taft’s chances of success were destroyed by a well-contrived split in the Republican party. Financed by J.P. Morgan’s associates, the former Republican, Theodore Roosevelt created a third force from thin air, the ‘Progressive’ Bull Moose Party and at the ballot box in November 1912, Wilson was elected President with 42 per cent of the vote; Roosevelt gained 27 percent and Taft could only muster 23 percent. The split Republican voted totalled 7.5 million while Wilson and the Democrats won with just 6.2 million. [4] 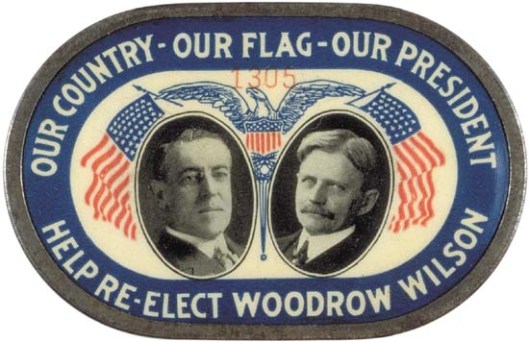 1916 promised to offer better prospects for the Republican Party. The schism with Roosevelt and the Bull-Moose was closing fast. Wilson’s supposed neutrality was so transparently false that certain sectors of the American electorate were drawn to his opponent, the Republican, Charles E. Hughes, a former Supreme Court Judge. German-Americans and Irish-Americans had been particularly annoyed by what they believed was President Wilson’s partisan behaviour and were expected to vote Republican. These groups could not be ignored and came under sustained attack for what the President termed, ‘disloyalty.’ In his annual Message to Congress on 7 December 1915, Woodrow Wilson ranted against those born under foreign flags and welcomed ‘under our generous naturalisation laws to the full freedom and opportunity of America, who have poured the poison of disloyalty into the very arteries of our national life … who seek to make this proud country once more a hotbed of European passion.’ [5]

He expressed contempt for those who held fast to their original national identities because they did not put American interests first. These he termed ‘hyphenated Americans’. [6] Wilson’s attitude towards German-Americans was harsh. They had watched from across the Atlantic as their former homeland was bounced into a debilitating war by a British Establishment, financed and supplied by America.

By 1916, there were important and influential groups of ‘hyphenated Americans’. As the table below shows, almost 11,000,000 Americans had comparatively recent German, Austrian or Hungarian ancestry. If the Irish community was added, the total approached 15,500,000.

Defined by place of birth, by persons, both of whose parents were immigrants from that country or one of the parents was foreign born; 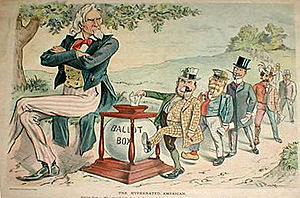 Social tensions diluted Democratic support amongst the American – Irish community. Though many Catholics were not Irish, and not all Irish were Catholic, there was a strong affinity between race and religion on the eastern seaboard states of America. In the aftermath of the 1916 Easter Rising in Dublin, Wilson made himself even more unpopular by refusing to endorse an appeal for clemency for Roger Casement. [8] The President’s support for the anti-clerical President Carranza in Mexico gave rise to the claim that Wilson was anti-Catholic. [9] The New York weekly newspaper, The Irish World, accused his Administration of ‘having done everything for England that an English Viceroy might do.’ [10] Quite a calculated insult by any standard. In truth racism and bigotry lay centimetres from the surface of many American voters.

Little was said of another nascent power-block which was beginning to find its political feet; the hyphenated Jewish-American. The spread of Zionism in America brought with it a fresh wind of political influence. Though still in comparative infancy by election day 1916, certain pro-Zionist Jewish-Americans like Wilson’s newly appointed Supreme Court Judge, Louis Brandeis, were held in high esteem inside the Jewish community. Though Brandeis, and by default, Wilson who appointed him, were initially lambasted in the press. [11] It appeared to have little direct effect in November 1916. That would later change. [12] 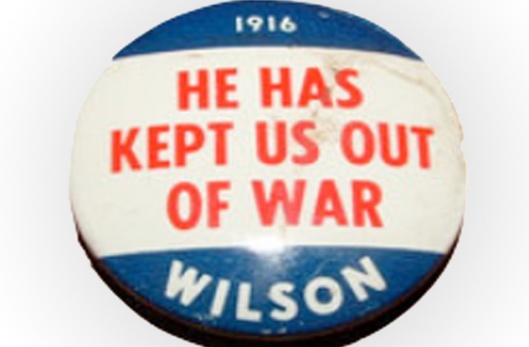 Woodrow Wilson had one important advantage, the economy. At the outbreak of war in Europe, America was wallowing in a depression more serious than that of 1907-8, but the war trade brought phenomenal prosperity. [13] The very Trusts which Wilson had spoken against were profiteering on a scale hitherto unknown. Thanks to the massive order book from Britain and France, managed exclusively by the J.P. Morgan-Rothschild banks, the military-industrial complex thrived, as did the communities around them. There were more and better-paid jobs. On 21 August 1915 Secretary to the (US) Treasury, McAdoo told President Wilson (his father-in-law), that ‘Great prosperity is coming. It is, in large measure, already here. It will be tremendously increased if we can extend reasonable credits to our customers’. [14] The customers on whom he was focussed were Britain and France. Wilson’s America forged an economic solidarity with the Allies which made nonsense of neutrality, yet the tacit promise from the Democrats to the American nation in the 1916 election was that ‘He Kept Us out of War’. That was true, as far as it went. The inference was that Woodrow Wilson would continue to keep America out of the war, but the President never claimed that he would continue this policy. Indeed it would have been political suicide to whisper a call to arms. It would also have shortened the war.