Dear Lord Rothschild, I have much pleasure in conveying to you on behalf of His Majesty’s Government the following Declaration of sympathy with Jewish Zionist aspirations which have been submitted to and approved by the Cabinet:

“His Majesty’s Government view with favour the establishment in Palestine of a national home for the Jewish people, and will use its best endeavours to facilitate the achievement of this object, it being clearly understood that nothing shall be done which may prejudice the civil and religious rights of existing non-Jewish communities in Palestine, or the rights and political status enjoyed by Jews in any other country.”

I should be grateful if you would bring this Declaration to the knowledge of the Zionist Federation.

The above letter was released by the Foreign Office and printed in The Times on 9 November, 1917.

Why at this critical juncture did the British War Cabinet decide publicly to favour Palestine as a national home for the Jewish people? Our instinct is to redefine that question to ask: where did this fit into the Secret Elite’s strategy to crush Germany and advance its globalist ambition? How were these linked? How had it come about that a homeland for one specific religious group appeared on the post-war agenda as if it was a solution to an unspoken problem? Even if anyone believed the lie that the Allies were fighting for the rights of smaller nations, why had religious identity suddenly become an issue of nationhood? Had anyone considered giving Catholics such rights in Ireland or Muslims or Hindus such status in India? Was the world to be divided into exclusive religious territories? Of course not. To complicate matters further, one nation (Britain) solemnly promised a national home to what would become in time a second nation (the Jewish State of Israel) on the land which belonged to another people (Palestinian Arabs) while it was still an integral part of a fourth (the Ottoman/Turkish Empire). [2] In pandering to a relatively small group of Zionists, the Balfour Declaration was bizarre, deceitful and a deliberate betrayal of the loyal Arabs fighting in the desert war against the Turks. Perfidious Albion had rarely plumbed such duplicitous depths. What power did these Zionists hold over the British government to ensure their unquestioned co-operation in the first steps towards a Zionist state at the expense of the rightful owners of Palestine?

The absolute destruction of Germany and her Ottoman allies promised to pave the way for a re-drawing of maps and spheres of influence which would advance the Secret Elite’s overall strategy; namely the control of the English speaking elect over the world. The strategic sands of Arabia and the oil-rich lands of Persia, Syria and Mesopotamia had long been prime targets. These were the first in a number of prerequisites which would shape the Middle-East after 1919 to the advantage of Britain in particular. Critically, as a neutral, America had to be very careful about open intervention even after she had entered the war and to an extent Britain acted as her proxy in putting markers down for a new world order. It is important to remember that when early discussions about the future of a Jewish homeland in Palestine were in progress, little mention was made of American involvement. The truth is otherwise. America was deeply involved in secret intrigues both directly and indirectly.

So too were a small but influential groups of politicians and businessmen, English, American, French, Russian, men and women of the Jewish faith spread literally across the world, who supported a growing movement to establish a permanent homeland in Palestine. They were called Zionists. Take care with this term. Initially it included a range of Jewish groups which held different views and aspirations. Some saw Zionism as a purely religious manifestation of ‘Jewishness’; a small but intensely vocal group fostered political ambitions. This latter form of Zionism included those determined to ‘reconstitute’ a national home for their co-religionists.

In the words of the former Viceroy of India, Lord Curzon ‘a national home for the Jewish race or people’ implied a place where the Jews could be reassembled as a nation, and where ‘they [would] enjoy the privileges of an independent national existence’. [3] How do you reconstitute a nation? In truth, if the Ashkenaiz Jews were to be ‘reassembled’ it should have been along the Volga River in the true Khazarian ‘homeland’, not along the Jordan river in Palestine.

There were a small number of suggested sites for the proposed new homeland, including one in Uganda, but in the first years of the twentieth century a more determined Zionist element began to focus their attention on the former land of Judea in the Middle East. They spoke of the creation in Palestine of an autonomous Jewish State, a political entity composed of Jews, governed by Jews and administered mainly in their interests. In other words, the recreation of a mythical Jewish State as was claimed before the days of the so called ‘diaspora’. [4] Few voices were raised to ask what that meant, on what evidence it was predicated or how it might be justified? It was an assumed biblical truth. Not every Jew was a Zionist; far from it, and that is an important factor to which we will in due course return.

Frequently historians write versions of history which imply that an event ‘just happened’. In other words they begin at a point which creates the impression that there was no essential preamble, no other influence which underwrote the central action. One example is the assassination of Archduke Ferdinand in Sarajevo on 28 June 1914. For generations, school pupils have been taught that this murder caused the First World War. Such nonsense helped deflect attention away from the true culprits. Another example can be found in the usual interpretation of the Balfour Declaration which has been described as the British Government’s note of approval for the establishment of a national home for the Jewish people, as if it turned up one day on the Foreign Secretary’s desk and was signed like the other items in his out-tray. It has been downplayed; granted but a minor mention in the memoirs and diaries of the politicians who carefully orchestrated its single sentence. The Balfour Declaration was much more than a vague promise made by British politicians under the pressure of war’s contingency. Such a simple interpretation has conveniently masked the international pressures which the hidden powers on both sides of the Atlantic asserted in favour of a monumental policy decision which opened the door to the eventual establishment of the State of Israel. 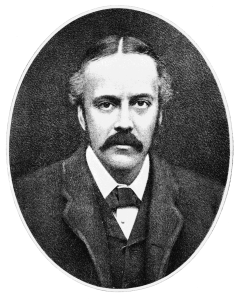 At the 261st meeting of the British War Cabinet on 31 October, 1917, with prime minister Lloyd George in the Chair, the membership comprised Lord Curzon, Lord Milner, Andrew Bonar Law, (Conservative leader) Sir Edward Carson, G.N. Barnes (Labour Party), the South African General Jan Smuts and Foreign Secretary Arthur Balfour. This was the inner-circle formed mainly from the Secret Elite’s political agents to run the war. [5] They remained behind the closed doors of 10 Downing Street after other war business had been completed. The military and naval representatives were dismissed before the War Cabinet’s inner cabal proceeded to discuss the on-going issue of ‘The Zionist Movement’. As always, Lloyd George’s War Cabinet secretary, Sir Maurice Hankey, recorded the minutes. This coterie of British imperialists and Secret Elite members and associates, agreed unanimously that ‘from a purely diplomatic and political point of view, it was desirable that some declaration favourable to the aspirations of the Jewish nationalists should now be made.’ [6] To that end a carefully constructed form of words was tabled and the War Cabinet authorised foreign secretary Balfour ‘to take a suitable opportunity of making the following declaration of sympathy with the Zionist aspiration’. It was no co-incidence that some five days previously the editor of The Times had urged them to make this statement. [7] The precise wording was as recorded at the beginning of this chapter [8] and unanimously approved by the War Cabinet.

While the seventy-eight words which comprise the core of Balfour Declaration have had an explosive impact on the history of the world right up to the present day, in our timeframe we must concentrate on the period between 1917 and the end of the war. Who was actually involved in the secret machinations, how did they manipulate opportunities to their own advantage and who financed and promoted the idea from its early origins to eventual realisation?

Two days after the War Cabinet’s decision a letter was sent from the Foreign Office to Lord Lionel Walter Rothschild (2nd Baron Rothschild) in London asking that he ‘bring this Declaration to the knowledge of the Zionist Federation.’ It was signed Arthur James Balfour, and henceforth was known as The Balfour Declaration, though it was the product of many more minds than solely that of the British foreign secretary. [9] Its precise wording was publicised across the Jewish communities who hailed the letter as the beginning of a new epoch in their history. Despite the apparent care with which the War Cabinet attempted to lay down conditions to protect non-Jewish communities, in particular the rights of the Palestinian Arabs to whom the country belonged, the event was celebrated by Zionists across the world as a National Charter for a Jewish homeland. [10] The genie was out of the bottle.

In truth, the letter was the product of years of careful lobbying in both Britain and America. It was neither a beginning nor an end-point. Though the communication was essentially between the British government and the Zionist Federation in Britain, it had an almost casual feel to it as if it was simply a letter between two members of the English gentry, Balfour and Rothschild. The Declaration was far from casual and much more contrived than a gentleman’s agreement.

By all known processes of law and morality it was ridiculous. Consider the unprecedented nature of the proposal. Britain held no sovereign right whatsoever over Palestine or authority to dispose of the land. [11] As if this would not cause sufficient confusion, the British Foreign Office had already promised parts of Palestine to the French, to the Arabs who already owned the land, and finally, to the international Jewish community. Was there ever a better example of the wanton arrogance of the British imperialist ruling class? The very wording of the Balfour Declaration was ambiguous; the conditions set were impossible. What was meant by the phrase, ’a national home’? It had no clearly defined meaning in international law. How could a foreign government promise to achieve world-wide approval for a national home for Jews in an Arab country without automatically prejudicing the rights of the Arabs whose ancestors had lived there for thousands of years? [12] Its very vagueness gave rise to interpretations and expectations which were certain to cause bitter dispute. What was going on?

The answer can be found by examining earlier versions of this controversial document and the extent to which Zionists on both sides of the Atlantic strove to nurture and protect it. Far from any notion of their sudden conversion to Zionism, the political drive to establish a Jewish homeland in the sands of the desert, British politicians had been engaged in such discussions for several years. This fact had been conveniently omitted from official histories, memoirs and government statements.