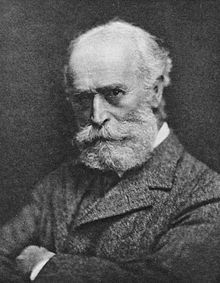 Chaim Weizmann had a valuable friend, the journalist and editor, C.P. Scott. Later the proprietor of the Manchester Guardian, Scott was an Oxford-educated man of staunch Liberal leanings. He spent ten years as member of parliament for Leigh in Lancashire (1895-1905) and welcomed Lloyd George’s courage in opposing the Boer War. [1] Their friendship endured through tumultuous times and Lloyd George trusted C P Scott’s views. [2] The newspaper owner had befriended Chaim Weizmann when he was teaching at Manchester University and proved to be, in Weizmann’s words, ‘of incalculable value’. He pointed the Zionist leader towards the one Jewish member of Asquith’s government, Herbert Samuel, whom he believed, could be of great assistance. [3] Samuel was not a practising Jew and before the war had never spoken about Zionism. Despite this apparent lack of interest he proposed in November 1914, that Britain sponsor the establishment of a Jewish state in Palestine after the war. [4] Was it co-incidence that on both sides of the Atlantic, influential Jewish financiers and politicians, Rothschild, Brandeis, Weizmann and Herbert Samuel looked ahead to the end of the war and appreciated the opportunity it would bring? Note the coincidence of both Brandeis and Samuel’s proposals in November 1914. According to his memoirs Samuel was inspired by being the first Jew ever to sit in the British cabinet and claimed that he turned to Chaim Weizmann for advice. [5] Consequently, he spoke to Sir Edward Grey, the foreign secretary, about the future of Palestine. Samuel expressed his alarm at the prospect of this part of the world falling into the hands of any of the Continental Powers (including France) and stressed the strategic importance of that region to the British Empire. He professed his enthusiasm for a Jewish State in Palestine which would be ‘a centre of a new culture … a fountain of enlightenment’. [6]

What followed was a very curious breakfast-meeting of a pro-Zionist group, including Lloyd George, on 3 December 1914. The most intriguing part of the meeting, which Weizmann described in great detail in his autobiography, [7] was that Lloyd George apparently forgot all about it. In his own self-aggrandising memoirs the Welshman explicitly dated his first meeting with Chaim Weizmann from 1916 when the Manchester chemist, by that time a Professor at the university, worked for the ministry of munitions. Indeed the impression which Lloyd George deliberately tried to infer was that the later Balfour Declaration was a reward for Weizmann’s services to the British nation for his development of acetone as a source to enhance munitions. [8] What rubbish. [9] Why did he feel it necessary to falsify his own record? Lloyd George had been introduced to Chaim Weizmann on 3 December 1914 in the company of Herbert Samuel, C.P. Scott and Joshiah Wedgwood, and the sole topic of conversation, had been Palestine. [10] The then chancellor of the exchequer’s account is so ridiculous that we have to ask, what was he trying to hide? Did later developments in Palestine embarrass Lloyd George politically? Were there other secret influences from whom he had to deflect enquiry?

Herbert Samuel proved to be an important advocate for a Jewish homeland in Palestine. He promoted the idea both informally with fellow ministers and in January 1915 wrote a draft memorandum for the Cabinet in which he concluded that Palestine’s annexation to the British Empire, together with an active colonisation of Jewish settlers, was the best solution for Britain. [11] Prime Minister Asquith was not impressed. [12] When in March 1915 Samuel circulated his revised memorandum to all members of the Cabinet, Asquith was scathing in his dismissal, describing the proposals as ‘dithyrambic’, an educated put-down implying a wild, over-the-top, possibly wine-fuelled raving. He went further with a racist swipe which emphasised his disapproval of the very idea that ‘we should take Palestine, into which the scattered Jews c[oul]d swarm back from all quarters of the globe, and in due course claim Home Rule.’ [13] Insects swarm; not people. Asquith also ridiculed the notion that Lloyd George cared a whit about the future of Palestine, adding: ‘ Lloyd George … does not care a damn for the Jews or their past or their future, but thinks it would be an outrage to let the christian holy places pass into the possession or under the protectorate of Agnostic Atheistic France!’ [14] Why did Asquith find Lloyd George’s stance ‘curious’? Before taking office in 1906, Lloyd George’s legal firm had represented Theodore Herzl in his negotiations with the over the the Uganda proposal. It was he who submitted Herzl’s views on the offer to the British Government. [15] His association with Zionism was long-standing.

Other important politicians and cabinet ministers who responded positively to Herbert Samuel’s memorandum included Sir Edward Grey, Rufus Isaacs, Lord Chief Justice of England from 1913, Richard Haldane, who at that time was Lord Chancellor, Lord James Bryce, former Ambassador to the United States and Arthur J. Balfour, [16] who was to become foreign secretary when Grey was replaced in 1916.

Alfred Milner was positively predisposed towards what he himself termed, the Jewish Race. In 1902 he wrote to the President of the Zionist Federation of South Africa: ‘I have known the Jews as excellent colonists at the Cape – industrious, law-abiding and thoroughly loyal’. [17] Herzl had written to Milner in 1903 putting forward his arguments for a Jewish National Home in Palestine and praised the bond which he believed ‘united us [Jews] all closely to your nation.’ [18] Weizmann valued the strength of Milner’s support. He believed that Milner profoundly understood that the Jews alone were capable of rebuilding Palestine, and of giving it a place in the modern family of nations. [19] Such nonsense should have been summarily dismissed but Milner had more immediate concerns, amongst which the strategic defence of the Empire was a powerful motivator. The Secret Elite understood the natural advantage to be gained from a pliant Jewish-Palestine which would protect the western side of the Suez canal and all of the concomitant interests in Persia.

Weizmann held individual discussions with a stream of Secret Elite politicians and agents. Naturally he endowed each with qualities and perceptions which supported Zionism. [20] He specifically targeted Lloyd George’s minders in the Downing Street Garden suburb, [21] His subliminal message was hardly difficult to understand; Britain should trust in a Jewish homeland in Palestine to protect the Suez Canal and the gateway to Persia and India. Weizmann had a further advantage. He understood the matriarchal power inside the Jewish household and sought to use it to his advantage. For example, when James de Rothschild was serving in the British army, Weizmann befriended his wife Dorothy Pinto and ‘won her over’ to Zionism. Jessica Rothschild, wife of Nathan’s second son, Charles, also proved to be a valuable asset and willingly helped the Zionist leader to widen his contacts inside London Society. 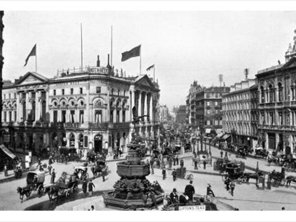 And it came to pass that the people of influence, mostly powerfully rich Jews, adopted Chaim Weizmann. The English Zionist Federation office in Fulbourne Street in the East End of London had become too small to meet the demands placed on it by 1917. Weizmann would have us believe that ‘after much consideration and heart-searching we decided to open an office at 175 Piccadilly’. So innocuously put; so entirely misleading. From the East End to Piccadilly was a massive step on its own, but to 175 Piccadilly? To become near neighbours of their friends in ‘Rothschild Row’? [22] How wonderful. Yet that was not the important point. What mattered was that the English Zionist Federation was absorbed into Empire House, the home of Milner’s Round Table Quarterly Review, [23] at the heart of the very court of influence which dominated British political thinking. Weizmann and his organisation were literally embraced by the Secret Elite’s inner-most think-tank. 175 Piccadilly became the hub ‘towards which generated everything in Zionist life’. [24] Incredible. One building, two organs of political influence and a shared interest. 175 Piccadilly was a very significant address. Its importance was kept well away from public scrutiny.

Louis Brandeis and Chaim Weizmann were intimately involved in promoting Zionist intentions behind the backs of their political allies. But they hid it well. Louis Brandeis’s biographer, Alphas Thomas Mason was authorised and approved by the Supreme Court Judge himself and given full access to all his public papers, notebooks, diaries, memoranda, archived letters and personal correspondence. [25] Yet in his 240,000-word scholarly work, only two small paragraphs, ten lines in total, cover Brandeis’s feverish activities between April and June 1917. [26] The truth, to which we now turn, is far more revealing.