So many questions remain unanswered. You will have your own. Do not give up on them. An issue which needs considerable examination is Woodrow Wilson’s “Fourteen Points.” With hindsight it ranks as one of the greatest mirage’s of all time, for it never was anything more than a clever deception, the lure which the Kaiser and his advisors swallowed. They made the devastating mistake of trusting the American government. What were they thinking? The Germans knew about Britain and France’s dependence on America, of the blatant lies which sank the Lusitania, and every other scandal, yet they were apparently willing to put their faith in Woodrow Wilson. Certainly the Americans had kept them fed through the abuses of the Belgian Relief program, and the Rockefeller/Rothschild axis ensured that their oil supply was not interrupted, but once the United States joined the war against Germany, surely the blinkers should have fallen?

But desperate times demanded desperate action. The promise of a just peace was too powerful for the Kaiser’s government to ignore. The German offensive from March to June 1918 is said to have pushed the allied armies on the Western Front closer to disaster than at any time since the first battle of the Marne in 1914 [1] but this last throw of Ludendorff’s dice was frustrated by “the enormous acceleration of the arrival of American troops.” [2] Like exhausted prize fighters who had fought to a standstill, the Allies and Germany stood in their corners feigning a readiness for the next round. But while Britain and France had almost limitless reserves on hand from America, Germany was truly spent. Wilson’s Fourteen Points appeared as the basis for a just and honourable settlement. It was a triumph of deceit over justice.

Truth is that Germany had sought a just peace many times since December 1914. The Allies simply did not want to know in 1915, 1916 and 1917. In fact, they did not want to know in 1918. There is ample evidence that preparations for war on the Western Front in 1919 and 1920 was discussed and anticipated by the British War Cabinet. The American presence changed every dynamic. Time was on the Allied side.

The failure of Woodrow Wilson’s Fourteen Points to gain international support sucked the last breath of hope from the German leaders. Wilson had no power to stop his proposals being picked apart at Versailles, and returned to America a sick and disillusioned man. He had fulfilled his mission for the Elites by revoking his election stance of 1916 and bring- ing America into the war. He had confused the German leadership with his “idealism” and upset his political enemies in America by proposing a League of Nations [3] which was nominally adopted in the eventual Treaty of Versailles. Though the troubled, one might say dysfunctional, history of the League of Nations extends beyond our timescale, its very proposal caused the U.S. Congress to twice reject the Versailles Peace Treaty. [4] A cross section of American Senators were so determined to have no truck with Wilson’s League of Nations that they declared the Treaty ‘dead to stay dead’. [5] These words might well have served as an epitaph for Wilson’s political career. Having surrendered a devastating stroke in October 1919, his candidacy for a third term in office was rejected by the Democratic Party.

What too of Russia? When one considers the sacrifices made by the Russian people in their war against Germany, their absence at Versailles ought to have caused some embarrassment. For three long years Russia had battled the German and Austrians, inflicting great losses but absorbing even more. Undoubtedly the Russian front was critical. Without it Paris would have fallen in August 1914. [6] The long-standing promise that Russia would annex Constantinople and the Straits once Germany was destroyed was effectively and conveniently annulled when the Bolshevik government made peace with Germany in 1918. Lloyd George raised the hitherto unasked question of Russian involvement in the peace process in January 1919, [7] but there was no coherent or consistent agreement from a divided Supreme Council. Alarming tales circulating in Paris of the barbaric Red Terror unleashed by the Bolsheviks, were dismissed as exaggeration by Lloyd George. [8] Indeed. The British prime minister was a master at dissembling. Basically he lied as and when necessary and his Memoirs are a masterclass in self-promotion. The all-embracing role of the British and American bankers was another factor which was not to be mentioned. What mattered in the end was that Constantinople remained outside Russian control and Russia no longer threatened Persia, India or a redrawn map of the Middle East.

History is not a just series of eras or neatly constructed timelines with-in which commentators try to explain events or construct their own given narrative. History lives and breathes and never stands still. It is our past and determines much of our future. Events, decisions and consequences ensure that it will always remain a fascinating basis through which we better understand where we currently are and how we got here. But the historical record is incomplete. It has been tampered with, remastered and abused by those with much to hide. Where there are gaps, suspect the motivation. 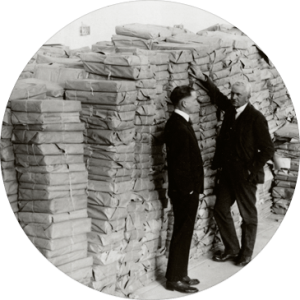 Do not fall prey to the subtle weasel words of those who throw their hands in the air and claim that our narrative cannot be entirely proved because the evidence is no longer available. We know how these people work. Their operative DNA is now so transparent that any knowledgeable person will dismiss their protestations on the volume of circumstantial evidence alone. But they hide behind the pejorative cry of “conspiracy theory,” a convenience which protects the guilty. Year by year, even as we worked on this book, acknowledgements have been quietly conceded about Edith Cavell’s spy ring, on the RMS Lusitania’s real cargo manifest, of the gross over-exaggerations of the Bryce Committee. Yet the great lies persist and are regurgitated in the mainstream media.

Our books cover a period between 1890-1919 because within that timescale a group of elite politicians, influential power-brokers, rich financiers, determined opinion-moulders and their academic entourage made a concerted move to create a new world order under their control. In 1890 it was driven by upper-class English values and British domination of world trade, politics and influence. By 1919 clearer bonds between the Anglo-American Establishment, and the exhausting, deliberately pro-longed war, had moved the new world order towards an Atlantic Alliance and the enduring ‘special relationship’ between Britain and the United States.

And we do not accept that 1918 should be recognised as the year in which the war ended. We have clearly demonstrated in previous blogs that the fighting stopped but the economic war continued. It is essential that everyone understands that even 1919 was not an end-point. There was no sense of “job done.” Indeed not. What happened in 1919 was just another stepping stone, a building block towards a new order in the world. National boundaries changed in many parts of Europe. 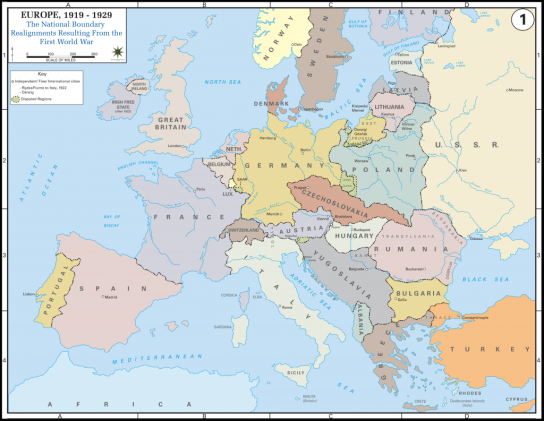 New territorial responsibilities (the talk was of Mandates) were allocated to the victors. New countries were shaped. Economic interests were, as ever, to the fore. Old disputes re-emerged around lucrative parts of the dismembered Ottoman Empire. Germany had been defeated, humiliated and abused, but Germany survived. The politicians who disgraced humanity by claiming that the world war had saved civilisation escaped the scrutiny of justice. They wrote their memoirs, accepted their rewards, and lived well on the profits that ensued. Above them, the controllers of real power did not break step. They simply marched unchallenged along their chosen route.

If you feel that you now have a keener sense of who these people were and are, engage in Quigley’s challenge. He stated that ‘the evidence of their existence is not hard to find, if one knows where to look.’ [9] They remain behind the scenes, influencing politicians and policy, buying public opinion, rewarding their own, falsifying media reports and protecting themselves from public scrutiny. History will continue to be controlled by them for as long as criticism can be ignored. You can shake this comfortable establishment set-up by continuing to question official versions and never allowing yourself to be easily satisfied with so-called truth.

Everything that we have described is a series of building blocks. The Secret Elite has metamorphosed into a much more modern phenomenon with the same objective – to be that new world order. The evidence of their existence is not hard to find.