In previous blogs we have shown how the Secret Elite intentionally prolonged the war beyond the Spring of 1915 by providing Germany with raw materials for armaments production and food for her army. There were various facets to the great deception. From the outset, Germany’s crucial source of iron ore from the Briey basin on the Franco-German border was deliberately left intact though it could readily have been destroyed. German commanders admitted that the war would have been over by the summer of 1915 had the Briey supplies been halted. [1] Britain simultaneously ran a sham naval blockade through which food, gun-cotton and desperately needed minerals, including zinc and copper, for armaments production were allowed to pour into Germany. [2] In conjunction with these inactions, a great ‘humanitarian’ deception under the guise of ‘Belgian Relief’ was used as a cover for provisioning the German army. This allowed it to keep fighting and so prolonged the war. [3] Closure of just one of these spigots would have seriously damaged Germany’s war effort. Closure of all three would, without a shadow of doubt, have ended the war by early 1915. That was never their intention. 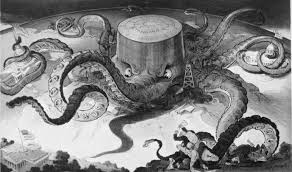 Another deception by which the Secret Elite prolonged the war was by ensuring that Germany had sufficient oil. It was absolutely crucial to their war effort and over the next series of blogs we will reveal exactly how this was achieved. There could be no effective modern war without sufficient supplies of oil and whoever controlled these supplies, controlled the war. In 1914 contemporary commentators spoke of the revolution in military strategy and the awesome power of destruction brought about by machines. [4] The internal combustion engine changed every dimension of warfare and the mobility of forces on land and sea and in the air. The mechanical innovations included oil-fired ships and submarines, motorised divisions, airplanes and tanks. Virtually every new development depended on access to plentiful supplies of petroleum, and year by year oil increasingly lubricated the means of war. As the leading French politician Henry Berenger stated, ‘On the battlefield, on land, on the sea and in the air, a drop of petrol is equal to a drop of blood.’ [5]  Since both Britain and France on one side, and Germany on the other, had no indigenous supplies, sourcing it was critical to the ability to keep fighting.

The Secret Elite, the power base that caused the first world war [6] either controlled oil production across the globe, or was intimately linked to those who did. It included the Rothschilds in Europe, [7] and J.D. Rockefeller’s empire in America. [8] The Rothschild Dynasty operated one step removed from the public eye and the family’s massive investment in banking and oil gave it a geo-political power that few could equal. The Secret Elite knew that long-term secure supplies of oil, not just for the allies, but for Germany, would be absolutely crucial as they manoeuvred Europe into a protracted war. They ensured that the British Government, and the Foreign Office in particular, was conversant with the developing and potentially vital new oil discoveries in Burmah, Sumatra, Mexico, Mesopotamia and the Gulf. Indeed, it was no accident of history that the British Government took ownership of the Anglo-Persian Oil Company through one of the final Acts of Parliament introduced just as the war began. [9] 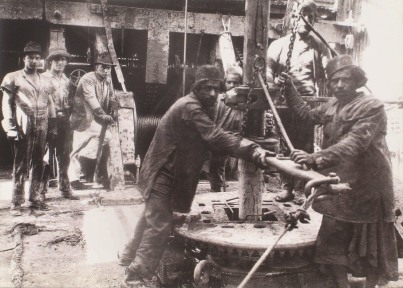 Aware that war was coming, the Admiralty, Foreign Office and Board of Trade signed contracts with several oil companies in advance of the hostilities – and it was claimed that Britain was ‘woefully unprepared’ for war. [10] Lord Curzon, senior member of the Secret Elite, later summed up its absolute importance when he stated in 1918: ‘The Allied cause has floated to victory upon a wave of oil’.  [11]

The German Government was no less aware of oil’s strategic and economic importance, but struggled to ensure that supplies could be freely guaranteed. Pre-war opinion in Germany that its complete dependence on a foreign trust like J.D. Rockefeller’s Standard Oil  was absolutely intolerable, had crystallised into fear that in any future war,  lack of oil could do more damage than the most powerful enemy. [12] Germany had emerged by 1914 as a leader in manufacture and export growth, and that ‘stuck in John Bull’s craw’. [13] Their dynamic pre-war economy was bristling with confidence and technological innovation, but despite attempts to be masters of their own destiny, the German government was  dependent for oil on a small number of international producers, refiners and distributors. Even they were not fully aware of who actually owned these. Indeed, such was the labyrinthine nature of European banks and oil company ownership, that few individuals had any notion as to who really controlled the global oil supply.

Germany, like Britain, had plentiful supplies of coal, but no oil. With a stealth and determination that characterised much of the industry, Rockefeller’s Standard Oil had by 1912 grasped a monopoly position in the supply to Germany. Standard’s chosen technique was to acquire existing companies, but operate them under their original names in order to create the illusion that they remained German. It retained prominent German oil merchants as shareholders and this had the effect of diluting objections to its monopolistic growth. Behind the closed doors of corporate greed, such tactics shielded Standard from a public outcry against what had been described as an alien corporation. [14] Standard operated under the banner of the Deutsche Petroleum Verkaufgessellschaft which by 1912 controlled 91 per cent of all German oil sales. The Deutsche Bank was allowed to buy into the company but its stake accounted for little more than nine per cent of the total holdings. Devoid of an independent and secure source of supply, Germany had been locked tightly in the grip of Standard Oil. [15] The massive profits that accrued through this monopoly attracted European investors. It also attracted other companies to become major players capable of challenging Standard’s grip on the oil market. 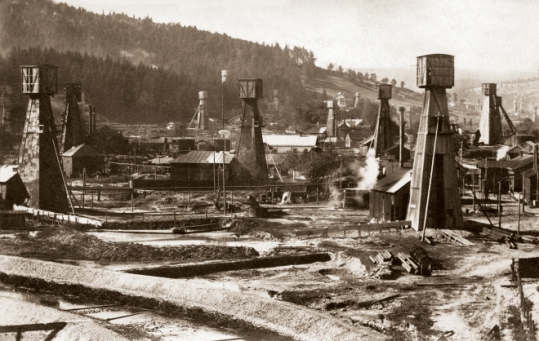 Standard Oil had created the global market-game and learned to negotiate terms and reach settlements with a profusion of imperial, national, provincial and local governments. [16] But from 1910 to 1912, they found themselves  in a bitter and protracted dispute with the  Austro-Hungarian Empire in what Austria’s leading newspaper called a ‘petroleum war’. [17]  It was not Standard Oil as such that had run into trouble, but its Austrian subsidiary, Vacuum Oil Company AG, Vienna.  [18]

America remained the unrivalled global leader in oil with 60 per cent of the total world production. But thanks to its Galician oil-fields, Austria-Hungary could claim to be the third largest oil-producing country in the world behind the United States and Russia, and produced far in excess of its domestic requirements. Determined to hold on to its European monopoly,  Standard (through its Vacuum Oil subsidiary) used underhand competitive tactics to undermine Austrian producers. The ensuing row embroiled the governments of both Austro-Hungary and America. The U.S. State Department became deeply involved and created an interesting precedent for twentieth century ‘globalisation’. It demonstrated clearly that businesses, even those as powerful as Standard Oil, relied on diplomatic support from their governments. [19] It had long been so. The British East India Company thrived on the back of diplomatic and military intervention on the Indian sub-continent in the eighteenth century, while the Opium Wars in the nineteenth century were an extension of the commercial/political ambitions shared between companies and their national governments. 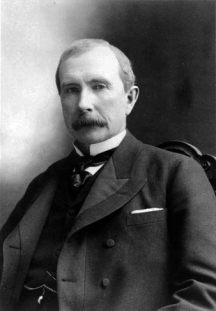 The relevance of this ‘petroleum war,’ a minor dispute in the history of the global oil industry, is that even in the twentieth century, internationally powerful companies looked to their home base government for protection and support. Ironically, Galician oil production had peaked in 1909, though no-one at the time realised this. Nevertheless, the United States believed it had the right to intervene in a dispute between the Austrian government and a company incorporated inside Austria but owned by American shareholders; come what may, the Vacuum Oil Company was in a meaningful sense, American [20] and how dare any foreign country in which it operated attempt to control it? Bare this in mind as we review the sources which supplied Germany during the First World War.

Theoretically, the German-Austro-Hungarian alliance faced a major obstacle in that their one indigenous oil source in Galicia lay in the hands of alien companies. By 1914 the number of large foreign joint-stock companies investing in Galician oil production, including Rockefeller’s Vacuum, had grown dramatically. The major British player which emerged after its formation in 1910 [21] was the Premier Oil and Pipe Line Company which swallowed up numerous competitors, large and small. By the beginning of the war Premier Oil was the most important foreign company in Galicia. In 1912-13 it owned around 2,752 acres and produced over 262,000 tons of crude oil – almost a quarter of all Galician production. Though its British shareholders queried the legitimacy of its actions, and the company’s relationship with German banks, [22] by the war’s end its holdings encompassed twelve Austrian subsidiaries, 21,000 acres, 110 oil wells and four large refineries. [23] The phenomenal growth of this London-based company was derived from supplying the enemy with desperately needed oil throughout the war.

According to Historian Alison Frank, the Galician wells provided approximately 60% of the Central Powers’ needs. [24] The vast bulk was used by Austria-Hungary. However, the Galician oil supplies fell into decline at the precise moment when the outbreak of war brought the huge pressure of high demand. Although ownership rested in the hands of foreign companies including British, American, French and Belgian interests, they continued to provide oil and petroleum for the Austrian enemy.

But what of Germany? Since Galicia was unable to satisfy her growing demand, from which sources could she draw her oil, surrounded as she was, by enemies?