The term Zionism was coined in the late nineteenth century to represent the movement for the return of the Jewish people to their so-called ‘historic homeland’ in Palestine, though from the start the term was interpreted in different ways by different Jewish and non-Jewish communities. It grew from small beginnings in the second half of the nineteenth century,  but had sufficient numbers in the last years of that millennium to contemplate an international congress. 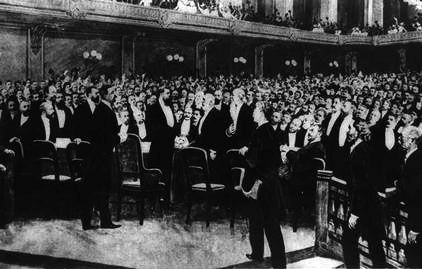 The First Zionist Congress was held in Basle between the 29th and 31st of August, 1897, and was can be gleaned by the photograph above, these delegates were drawn mainly from middle-class European Jews. Its aim was to have a recognised ‘and legally secured’ home in Palestine. [1] Chaired by Theodore Herzl, an Austro-Hungarian journalist and keen Jewish activist, the meeting of around 200 participants created the World Zionist Organisation. Who could have known that from such small beginnings a new State would eventually emerge? Small in number, these Zionists were dedicated zealots. Their stance was absolute. They accepted no criticism. They belittled as enemies those many Jews who believed in assimilation into the countries in which they lived and who questioned Zionism’s political aims. Yet there was no popular, widespread enthusiasm for the ‘homeland’ proposal. 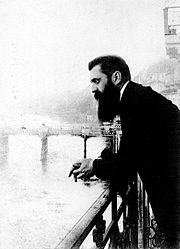 At the Second Basle Congress one year later it was clear that very few Jews were interested in the political aims. There was no clamour for radical change. Consequently, the Zionist emphasis was altered. Herzl recognised the need to galvanise Jewish communities, most of whom remained ignorant of, or completely disinterested in, or positively against, the idea of Zionism.

In December 1901 a Jewish National Fund (JNF) was established in Britain to acquire land in Palestine as the ‘inalienable estate of the Jewish people’. [2] It is entirely dubious whether any international law validated such an ‘inalienable’ right, but what is important is that the JNF was part of the slow and barely successful process of encouraging Jewish settlers to go to Palestine. Yet the focus on Palestine was one from which Zionists were not to be turned. We should not forget that the suffering and desperation of many Jews, especially in Russia, whose anti-Jewish pogroms were a barbarous indictment of the Romanov Empire, pressed heavily on the evolving Zionist movement. From their vantage point it was a refugee crisis which no-one else was minded to solve.

Of the major world Powers, Britain was the most progressively liberal in its attitude towards Jewish assimilation. Wealthy Jews in banking, finance and business were increasingly included in what was known as ‘society’. There were Jewish Members of Parliament; Jews ennobled and given membership of the House of Lords. Jewish refugees from the Russian pogroms settled in the slums in the East End of London and other major cities. Life was far from easy for the masses of impoverished immigrants, but Britain was a comparative safe haven and more welcoming than France. The nascent cries for a ‘homeland’ did not come from the ordinary Jewish refugee, but from the Zionist lobby which had begun to assert itself at the turn of the century. And there was sympathy for the Zionist desire for a national homeland inside the corridors of power in London. The problem was that the solution which was offered was not the one that Zionists wanted.

A British offer of an autonomous homeland for Jewish settlers in East Africa [3] was considered at the Sixth Congress in 1903 and the Zionists reluctantly agreed to send a delegation to examine the practicalities of a Jewish settlement in Uganda. They turned it down. Unsuitable. The Zionists had no intention of resettling in Uganda. Ever. It was not the ‘promised land’. Another approach to the British government about the possible colonisation of a strip of territory on the southern boundary of Palestine and Egypt called El Arish had been secretly conducted by Theodore Herzl, but was also found to be impractical. [4] What mattered was that some British politicians appeared sympathetic to the aspirations of political Zionists. 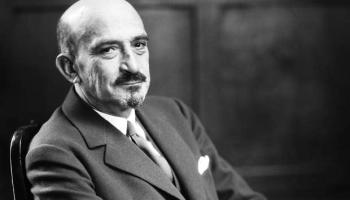 Herzl died in 1904, and after a considerable struggle, Chaim Weizmann emerged as a charismatic and persuasive Zionist leader. He dominated the Eighth Congress in 1907 and managed to fuse together its political and the practical divisions into what was termed ‘Synthetic Zionism’, a hybrid between political zionism and more practical approaches. Weizmann built on common links between a variety of Zionist groups. Progress was slow. Numbers remained comparatively small, but Palestine was always the ultimate target for a ‘national homeland’. [5]

It seems strange that in his seminal work The Anglo-American Establishment, Professor Carroll Quigley made no mention of Chaim Weizmann’s activities in Britain before or during the First World War. This is all the more puzzling when we unpick Weizmann’s many and frequent associations with the key political forces inside the elite British establishment. He penetrated the hidden web of political influence as no other previously had. Every possible door was opened to him and anything that might prove incriminating, that smelled of collusion, removed from the historic record. [6] Weizmann operated as the Zionist leader in Britain from 1904-5 onward, meeting political sympathisers, using his contacts and building up a network of relationships which proved vital to his cause.

Chaim Weizmann initially met Arthur Balfour, formerly Conservative leader during the general election of 1906, [7] at a time when Lord Nathaniel Rothschild worked closely with his Secret Elite colleague. [8] Balfour wanted to know why the Zionists had turned down the British government’s practical solution of a settlement in Uganda? Weizmann spelled out his philosophy with absolute clarity. He dwelt on the spiritual side of Zionism and his ‘deeply religious conviction’ that only Palestine would do. In his eyes, any deflection from Palestine, was ‘a form of idolatry,’ [9] an interesting form of words, rooted in religious abhorrence. He professed that Palestine had a magic and romantic appeal for the Jews; that no other homeland could energise the Jewish people to build up and make habitable, what he deemed, a wasteland. Palestine was not a wasteland nor was it uninhabited. In peddling this misconception, Weizmann was very persuasive. His was not the policy advocated by the wealthy Jews who had made such important strides in British society. This was not an Englishman, proud to be English … and a Jew. Weizmann was not a privileged Rothschild or one of the many other rich upper-middle class Englishmen of Jewish faith who had been completely assimilated into British society. Weizmann was a Zionist zealot. Lord Nathaniel Rothschild was, apparently not. 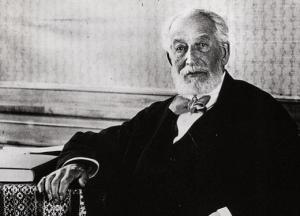 Chaim Weizmann had one particularly influential mentor who knew precisely the names of the prime decision-makers in Britain. He was a Rothschild – Baron Edmond de Rothschild, head of the French branch of the banking dynasty. Edmond de Rothschild also believed passionately in Palestine. He had funded the establishment of Jewish settlements between 1880-95 and was later hailed as the father of Jewish colonisation. [10] Although the initial months of the war looked bleak for France and her allies, Edmond de Rothschild was convinced of ultimate victory, even in 1914. His advice to Weizmann, whom he considered a capable leader, reflected the forward nature of Zionist thinking. He could see that this was the opportunity. That moment, in the first months of a murderous world war, was the time to act so ‘we might not be forgotten in the general settlement’. [11] Consider that advice. Edmund de Rothschild forewarned Weizmann that war would ultimately end in a settlement of conflicting claims, and the Zionists had to act immediately to ensure that theirs was included. Chaim Weizmann’s task was to influence British statesmen and politicians to support the Zionist cause in Palestine. It is inconceivable that Rothschild would have failed to identify the key personnel, the trusted agents and members of the Secret Elite whose support was vital to the Zionist ambition. When we analyse the list of men and women whom Weizmann targeted for support, there can be no other explanation, for they formed the core of the secret society that was revealed by Professor Quigley. [12] Weizmann may not have been fully aware of their one-world agenda but these were the people who could approve the transformation of Palestine from the unrequited holy grail to a Jewish state. They became his immediate targets.

British Zionism had a champion. His network of influence was firmly based on his Rothschild connections, and he knew whom he must influence to bring about the radical changes he vigorously pursued. As the pieces in this jigsaw begin to take shape, pay special attention to the clandestine involvement of our Secret Elite agents.

3 thoughts on “The Balfour Declaration 4: Early Zionist Roots in Britain”